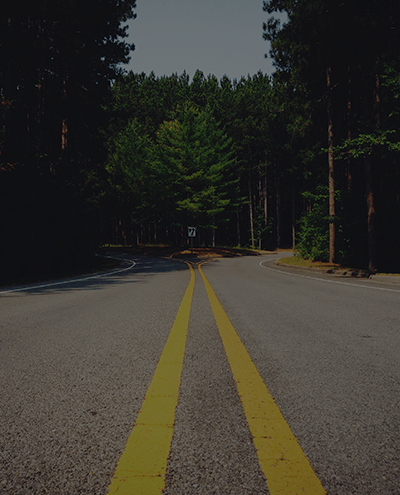 I’m going to tell you how I used magic to get a free car.

This isn’t a joke. Or clever wording to get you to read this blog.

My grandfather once won a brand new Jeep off a bloke who got just a little too cocky at the card table. Most impressive was that he won it fairly.

I however don’t play cards, and I needed a new car.

“In my line of work, if I win playing cards I’m cheating. If I lose, I’m bad at my job.” -Unknown

However, that same card-shark grandpa, once told me that a car is both a fixed and variable expense. Furthermore, a car depreciates in value the moment you buy it. Consequently, I loathed the idea of buying a car, leasing one and\or renting one. So here is the solution I came up with. I would just ask for one. After all, ask and you shall receive right? But as a non-theist who is left to ask?

A man named Sohail Ahmed sprung to mind. We went to Brock University together. Sohail was a poster-boy for the school. He graduated with honors from the International BBA program. He was president of the Brock University Students Union. Moreover, he was involved in both on and off-campus life. Somehow, he did all this while simultaneously building his used-car dealership: Momo Cars. Sohail and I  were in different programs. There was an age difference between us. We didn’t hang out casually, unless we ran into each other at events.We were busy doing our own things. We were acquaintances at best.

In a word, I kept my distance during my university career. I think it’s because I didn’t want to be there. So I secretly sort-of resented everyone in the institution. There were a few people I genuinely was intrigued by however, and Sohail was one of them. I performed for a lot of on-campus events, and he always seemed thrilled to be a part of what I was doing.

He talked me up to people, but he didn’t do it in a “look how cool my friends are” kind of way. Sohail was genuine in his approval and enjoyment of the value I provided through my entertainment.

Prior to this year, I never understood the value of a true super-fan. Someone that didn’t want anything in exchange for supporting and following my work. A person like Sohail is fairly hard to come-by. Since I graduated Brock (2013), Sohail and I bumped into one another a handful of times. We kept-up with each other’s social media content, sparsely exchanging brief comments, messages and likes. He was better at keeping in touch than I was. For example, in November 2016, he invited me to his wedding. I couldn’t attend. I didn’t really follow-up beyond saying I’m sorry I couldn’t be there. Fortunately however, I have since realized how important it is (especially as a creator) to notice, build and maintain relationships with people like Sohail.

It was September 15th 2017. The weather was getting colder. It was coming to the end of motorcycle season. Soon, I’d have to store my two-wheeled muse for the duration of the volatile Canadian winter. I was panicking a little. I didn’t really have tons of gigs coming in. It was only around September 1st 2017 that I’d committed to return to performing (in order to earn my full-time living). Because I’m a bit spontaneous, I did this without having a “normal job” or excessive savings. However, I did have 3 new weekly-recurring contracts with a few restaurants, which at the time of writing, am currently performing in. And balls the size of Texas. So I decided to call Sohail. It went something like this:

I continued, nervously: “In exchange, I’ll perform for your private events, and corporate ones. Like your house parties, Momo staff parties, or customer appreciation events. I also talk a lot, and I’ll tell people this story. In person, and across various social media platforms. People like good stories. They’ll remember it. They’ll come to you when they need a new car. So this is part service exchange. Part referral system. I know it’s crazy, don’t be afraid to tell me no. After you, I plan on calling BMW. I’ve done some gigs for them. I think they’ll go for it. But I wanted to call you first, because you’ve always been so kind to me. What are your thoughts?”

What Sohail said next blew me away! He said he liked the idea. Adding that he was just heading out to dinner, but that he’d like to talk more about it.  He invited me to a barbecue party at his house that was happening the following day. I was to perform for him and his guests, and we could discuss the details of the idea.

In short, I performed at his BBQ party. We didn’t really discuss our business there, at all. We did however set a meeting at the Momo dealership to go over it. Over the next few weeks, he and I met in person about 4 times. With about a half-dozen phone calls and text messages in between. We discussed the details about how all this would work. Mainly figuring out if it would work. By the fourth time we met in person, Sohail gave me the keys to a sleek black, diesel (turbo-charged) Volkswagen Jetta TDI…with manual-transmission. A beautiful day for a car ride.

To clarify, we are running this as a sort of 6-month experiment. To see if we are both happy by the end of it. So far, I’ve told the story about a dozen-times, and it has come up organically every time. Most recently, a colleague of mine named George had his car die. George commutes for work, so I referred him to Sohail. In addition to this, I have also performed for Sohail’s company holiday staff party. The car has been super reliable, and caused me no headaches or inconveniences.

By and large, the car is just a nice material example of what can be accomplished by two people, who communicate openly and clearly. Who try to see the bigger picture. Most importantly, who are willing to challenge the status quo a little. The most important thing I’d like to share with you here is not some conniving social influence techniques, rather my new understanding of the word FREE:
Fair Rate of Energy Exchanged

Momo Cars, is one of the few used-car dealerships I’d recommend. I’ve had people from Toronto drive down to St. Catharines to see Sohail. Because I am that comfortable and trusting of him and his staff. I’m very careful who I associate with, and more careful whom I recommend. If you’ve been thinking about a new car, I invite you to call Sohail, or any one of the team members at Momo. They are awesome. In addition to a beautiful lot of vehicles, they also have a body & repair shop on-site: www.momocars.ca

“The Man Who Quit Money” was recommended to me by my friend Jax. I haven’t even read it yet, but just the title of this book was enough to get me thinking about the grip money had on my life, and how to escape it.

Danny Zzzz is one of my closest friends and mentors. He and I spent hours at his living room table, breaking down my walls, and rewiring my brain so that I’d be more comfortable facing my fears. It is ultimately based on conversations with him throughout the month of September that I was able to secure my 3 restaurants contracts, as well as this new car, and more. For that, and his on-going tough love and support, I am ever grateful.

Thanks for taking the time here with me, and as always, I’d love to read your thoughts about all this: info@thealexkazam.com