Thank you for being here. I want to apologize first and foremost for having been away for 4 months.
I’ve been thinking a lot about this blog, and even more about why I haven’t done anything to carry it on more actively and more consistently. It turns out, my over-thinking led to inaction, which in turn resulted in neglect. I’m sorry. If you’re sitting there, with a fury of emotions and disappointment, please let me know and I will do my best to mend your broken heart.

Sometimes, it just feels so lonely sitting here, writing to what feels like nobody. The lack of instant gratification, of material reward or recognition is probably the biggest culprit to my silence. I have done some research and reading to address this issue. The solution is rather simple:

I need to read more blogs. Then interact with the writers I’m following. Subsequently, I can make more use of the online creative hub. Which has an overwhelming amount of potential, created by the almost intimidating cyberspace, the elephantine aggregate that it is.

Nonetheless, though my blog was a placid paperless platypus, my life most certainly was not.

Here are a few things I did between June and now. The memories I made throughout the summer will definitely serve as fodder for future posts. 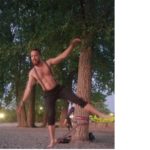 Now, I’d love to share a little more about the Magic Mystery Cabaret. Briefly outlining the triumphs and failures, along with some of the laughs along the way.

To clarify, if you haven’t seen or heard of the show, Magic Mystery Cabaret (MMC) is a 75 minute live-show that I perform. I co-created it with the help of one of my mentors (Paul Wildbaum). It mixes elements of visual magic, mentalism, comedy and lots of audience participation. Here is a trailer I put together, to tease an idea of the show.  The folks over at Fallsview Group, hired me to perform the show at  one of their properties (Four Points by Sheraton Hotel) in Niagara Falls. The event is hosted in association with Ruth’s Chris Steak House. The initial contract, was a series of 10 shows, that ran on a bi-weekly basis, between May 8th 2018 and August 28th 2018.

In order that we aren’t here until tomorrow, I will choose to briefly highlight a single moment that stands out the most from the initial run of 10 shows. The day was May 8th. This was the date set for a preview show. A kind of dress-rehearsal if you will. This show was scheduled to run 90 minutes, with a 20 minute intermission, as that was the initial structure we decided on. This ended up running too late into the night, so we reduced it to a 75 minute show with no intermission after the 2nd show (trial by error). It was intended for friends, family, the property’s various employees, executives, and so on.

The night before this show, my friend Corey, (my contact Fallsview Group, who essentially made this whole thing possible) sent me a text saying the anticipated attendance for the show is about 150 guests.

Undoubtedly, this sent a thrill down my spine. I was excited to read that so many people were interested in carving out a chunk of their Tuesday evening in May, to enjoy dinner, some wine, and hopefully this brand new show that I had spent months preparing. My theatrical technician Thomas Coles and I, arrived at the venue, promptly for 4:30 PM with the show set to start at 9 PM.

After exiting the elevator, we make a couple of left turns, and walk into the Grand Ballroom. I’d been fantasizing of this moment. Putting down the couple of suitcases, and boxes of equipment, props, etc. Seeing the space quiet, dark, all set-up for the evening’s chicanery. With loads of time to prepare, both physically and mentally. Unfortunately, fate had a different idea for what was in-store for us. As we enter the space, a disgruntled, and very obviously stressed middle-aged Caucasian woman (whom I’ll simply refer to as B) greets us at the door.

Next, I see inside the venue.

Which I had walked through before, many times, remembering the layout in vivid detail (as parts of my show rely on the seamless navigation of the physical space). It was supposed to look like a nice parlour-sized theatre, with a small stage, and the appropriate array of seating to accommodate 150 or more guests. What I saw led to a feeling of horror that I think registered on my face rather quickly.

While I tried to maintain an air of cool, battling the calamity building inside of me, I notice what seems to be a conference set-up of some sort. I ask B what was going on, politely hinting at the idea that there seems to have been some sort of misunderstanding, as this space was being used for my show tonight. She rather boldly disagreed with me, and actually accused me of being completely wrong. Apparently she and a team of female teenagers were setting up the room for the Mayor’s Youth Advisory Committee Conference, happening the next day, on Wednesday May 9th.

Now, I remember her uttering words like: “ridiculous, silly little show, absolutely not, no way, you’re wrong“. Her tone was short, cold and her body language rather threatening. A few times she walked towards me, as she hurled unfriendly phrases. My blood started boiling. Not because of this bully’s rather supercilious choice of condescending comments and abasing assertions. Rather because I had a lot of things to set-up, I had sound-checks to run, knives to balance, and more important things to occupy my limited cerebral-capacity then dilly-dallying in an argument with an unkind stranger that I knew I’d eventually win.

Subsequently, I did what I have failed to do so many times before: I walked away.

The elevator took me back upstairs to the lobby, where I stepped outside, and called my contact. Calmly, I tried to explain what was happening as logically as I could. I remember just wanting to make sure that we had in fact booked the space, that I was allowed to be there, and that is in fact where the show was going to take place. It was.

Then, I walked back downstairs, having had time to reflect and arm myself with the right choice of thoughts and words. Stepping back into the performance venue, a few members of staff that work for the property and Fallsview Group were now in the space. Two gentlemen, one about 50, the other barely 25. The gentlemen seemed to have taken sides with the woman, and were desperately trying to convince me the show was upstairs in the restaurant, not down here. I stood quietly, listening, and breathing.

Looking around, I noticed the Mayor’s Youth Advisory Committee signs in various places around the space.

I looked at B, and with a deep breath looked at the two gentlemen.

“I understand I have upset you. Well I understand that what I represent has upset you.” I began. The woman tried to interrupt me with some new rude, unnecessary remark. “Please, allow me to finish this thought ma’am.” I continue. “It seems to me somewhere along the way, there was a break in the line of communication. We were both told something, by different people.  Those people didn’t end up speaking to each other before confirming with either of us. Unfortunately, I have a go-ahead to continue preparing as I see fit for the show tonight. Which means moving these 200 or so chair, and 40 tables back to where I need them for tonight…Before then setting up for the show… and then doing an hour and a half show. We are anticipating over 150 people tonight, and I know you have an event that starts early tomorrow morning. I would be more than happy to stay behind with Thomas, and any additional staff that may be here that late, to help reset the room to what you have it as now. So that you needn’t get here at an ungodly hour tomorrow  morning.”

Sometimes, I say things that I mean. They are kind, empathetic and warm. Sometimes, I regret saying them almost immediately after they come out of my mouth. This was one of those times.

In order that we aren’t sitting here too long, I will end here. There is more to this story, I will come back next week and finish it off.