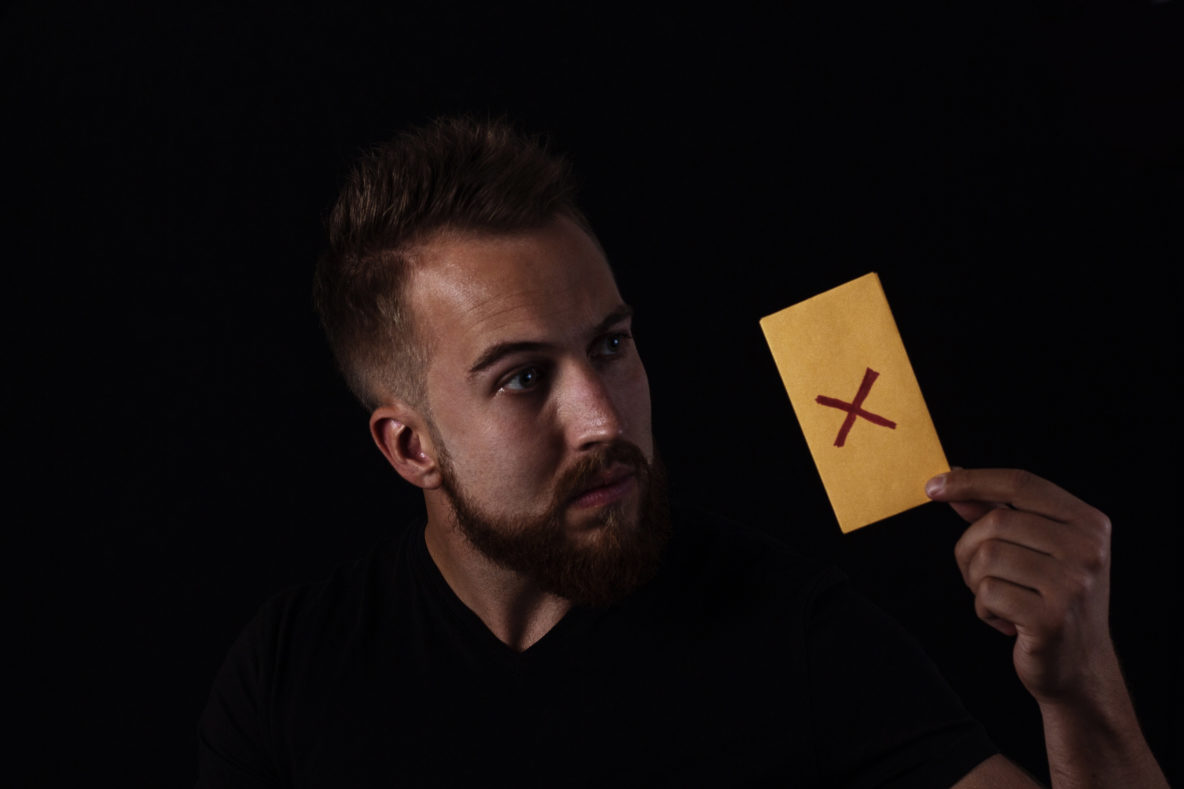 If you missed this post, I began telling the story that took place before the first performance of Magic Mystery Cabaret. In short, there was a  lady who was convinced she was right, when she was in fact very wrong. I offered to do something kind, in order to get on with my night.

Why the hell was I being so nice to this rude woman, and her association of angst-filled teens and the patronizing males (who both made comments that caused even Thomas, a stone-faced teen, to furl his brow)?

I don’t know. It just seemed like the right thing to do. I was trying to take the high-road, because I just wanted everyone to leave, so I could make the space feel familiar again, so that we could go on to creating a successful performance, for a wide-array of guests – some who had traveled from as far as Durham region to support me.

Nevertheless, this comment was met with another hesitation, rude remark and denial of the reality by both B and the older gentleman. I took a deep breath, and looked again at the Mayor’s Youth Advisory Committee signs, as though they held some secret answer to this quandary. Eureka! They did! People tend to be on their best behavior when there is an authority in the room. I clearly was not that.

“B! You and I have met before. There was an event a couple years ago,  here in the Falls. The mayor was also present. In fact, this was my third or fourth time meeting with him. He liked a little something I did for him and his group, that we exchanged phone numbers. I’d love to call him tomorrow, and explain everything that has transpired here tonight. To be honest, the way you have treated me since I walked down into this room has been rather upsetting to me. Especially because there are so many young people present, and I don’t think that it’s setting a good example when it comes to good leadership. Which is the very thing I think being on a committee like this should inspire.”

As I finished that sentence, the younger gentleman’s phone rang. It was a higher-up, explaining clearly what had happened and what was to happen. Much to the chagrin of the three adults standing before me.

Granted, I definitely don’t have the mayor’s cell-phone number, and I definitely don’t remember meeting B before that night. Though having performed for the mayor on many occasions, it wasn’t an unlikely possibility. It was just a bold little white lie that I used because I didn’t know how else to proceed. Was it blackmail? Was it clever? I don’t know. But thinking back to that day doesn’t make me feel anything warm, or nice. I could have just sat in silence, and waited for the situation to resolve itself. Eventually, B, her gaggle of girls and the men left Thomas and I. Together, the two of us moved way too many chairs, and way too many tables. We were both sweating by the end of it.

We did the show. I don’t remember much of that night.

Watching back the video of the performance, I can tell my energy was not where it should have been. The performance ended around 11:45 PM, as we didn’t start on time due to a delay with dinner. But, I good pretty good feedback from friends. Strangers said they really enjoyed it on their way out. It must not have been a total train-wreck, as I was invited to complete the run of 9 more shows. Overall, the reviews have been really positive, and most people have left overjoyed that they were able to take part.

In conclusion, I’m excited to report that the contract was recently renewed, and I will be performing another run of MMC shows. I will divulge more stories from the MMC as I sit with them, and decide what is or isn’t appropriate to disclose.

This entire post felt like a long-winded vent more than a constructive or entertaining story. I suppose what I have learned is, people can be really awful. People can be really mean. At some point in our chair and table workout, I remember telling Thomas that I finally understand why some A-list celebrities I’ve met\performed for, have a clause on their contract that prohibits people who aren’t their immediate staff from communicating with them prior to a show.

Now, this was an extremely educational experience for me, and not the ideal memory I’d hoped to have when it came to the first show in a series I’m still doing. Going forward, I have started working with a friend I met last year. Bruno Persichilli now acts as my Talent Manager. Together we are coming up with ways to prevent situations like this from ever arising. I can’t express enough how grateful I am to have people like Bruno, Thomas, Corey, David Green, Drew Hayes, and all the others in my life that help me keep going forward.

P.S. Post-show, on May 8th, Thomas and I were instructed not to re-arrange the room by an executive who was in attendance, and had gotten wind of what I offered to do.

“You have far too much talent to waste it on trying to make miserable people happy. Go home. Get some rest. Great show.”