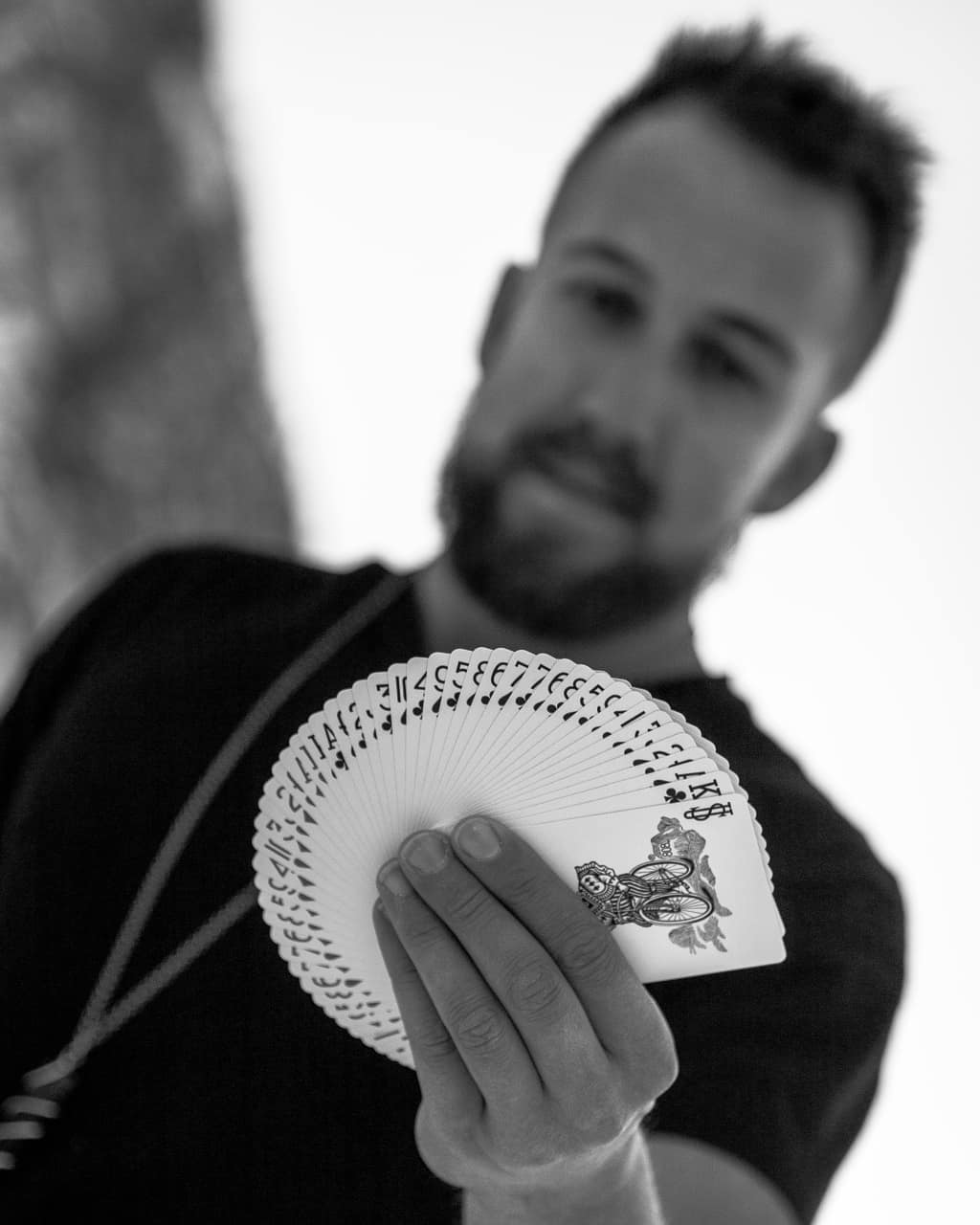 The origin of playing cards is still unknown. However, one of the earliest references to playing cards occurs in Chinese literature, of the 10th century but with no indication of their markings or the games played with them.

Then, playing cards first appeared in Europe in the 1370s, either as imports or possessions of merchants from the Islamic Mamlūk dynasty (centred in Egypt).

Similarly, just like their predecessors, the first European cards were hand-painted, making them luxury goods for the rich.

However, the German invention of wood-block printing in the early 15th century significantly reduced the cost of production. The cost was further reduced by painting them through stencils (France, 1480s). This practice resulted in the distinctively simplified design of the suits. The latter technically designated French, but are now generally called international because of their worldwide popularity: pique, coeur, carreau, trèfle—known in English as spades, hearts, diamonds, clubs.

As a result of these cost reductions, the social appeal of card games grew. For this reason, cards lent themselves to the development of games suitable for multiple players, which may have also led to their increased appeal for women. Thus, associations between card play and seduction became widespread throughout European literature and painting. This, along with the rapid increase of gambling card games, resulted in frequent denunciations of card playing by church authorities and prohibitions of specific games by civic authorities.

By the same token, the associations of cards with gambling led many governments to seek a piece of the action. In 17th-century France, King Louis XIV’s finance minister (Cardinal Mazarin) helped feed the royal purse, by virtually turning the Palace of Versailles into a vast, card-playing casino. In fact, some countries made the card manufacturing process a state monopoly while others contented themselves with charging a tax on manufacture.

Hence, the Ace of Spades is more ornate because it used to be a tax stamp. In 1765, England decided to start taxing playing cards sold there and in America. The ace was stamped to indicate the tax had been paid. Consequently, one man was sentenced to death for forging an ace. The law changed in 1862, allowing printers to design their own Aces.

Additionally, the Joker is the only card derived in America. Contrary to popular belief, the joker was not inspired by the tarot’s Fool card. Before poker became as popular as it is now, Americans favored the game of euchre. In the 1800’s a card maker named Samuel Hard invented the Best Bower (what we now know as the joker) to serve as the highest trump in euchre. As, poker spread up and down the Mississippi, the bowers found their way into the deck as wild cards. Even as the commonly no-joker game of poker surpassed euchre in fame, the lovable prankster couldn’t be banished. The jokers have been standard features of decks ever since.

Of course, a few decades ago, cards were like cars: consumers had several “makes and models” to choose from. Brands such as Hoyle and Arco gave the U.S. Playing Card Company’s (USPCC) Bicycle brand a run for its money. Over the last century, and especially over the last 20 years, the USPCC has acquired many of those card publishers. In the last decade, the company (currently owned by Newell Brands Inc.,) now owns the brands of Bee, Hoyle, Maverick, Fournier, Aviator, Kem and others.

All things considered, the practice of playing card games of skill, strictly for fun, is historically recent. Usually in their bold, primary colors, they are still one of the most recognizable things in the world. Some consider them anachronistic, but their modern appeal is unarguable. From house-hold card game enthusiasts and collectors, to billion dollar gambling operations. From amateur magicians, and cardists to entertainment professionals recognized world-wide. Cards have stood the test of time.